786…the Self is All—om sat chi ananda—from the Upanishads…..
14     As gold covered by earth shines bright after it has been purified, so also the yogi, realising the truth of Atman, becomes one with the non—dual Atman, attains the goal and is free from grief
15     And when the yogi beholds the real nature of Brahman, through the Knowledge of the Self, radiant as a lamp, then, having known the unborn and immutable Lord, who is untouched by ignorance and its effects, he is freed from all fetters.

SELF SEE SELF THE SELF IS ALL…the true nature of Self is Sat(truth), Chi(consciousness). Ananda(bliss). the most important question a seeker can ask is “Who am I?” When Moses asked God His/Her Name the answer came back “I Am that I Am.” this is the answer to the question Who am I. I am that I Am is God saying “I Am the state of awareness, the state of I Am, that exist in you as You.” The I Am consciousness that exists in all Beings is God, Allah, Brahman, the true Self. The fact that we can say the words “I Am” proves our identity with God. the very consciousness of I Am/Being/Existence is GOD. the sufis say “God is, and nothing exist but God.”
in Sanskrit the word “Atman” means soul. when the Atman (soul) is purified, the self regains awareness/consciousness of its ONENESS with the non-dual Atman(Spirit-God). the sufi way is known as taskiya tul nafs(purification of the soul). even though a rope may be mistaken for a snake, its true identity was always a rope! The illustrious Buddha taught that “ignorance is the root cause of all suffering.” true knowledge of Self is true knowledge of God. as the Upanishads declare “who is untouched by ignorance and its effects, he is freed from all fetters.” BE AS YOU ARE—love and light—sufi ananda

Tags: advaita, dharma, I am that I am, knowledge of self, nature of self, purification of the soul, sat chi ananda, self knowledge, sufism

Only Breath by Rumi.

Not Christian or Jew or Muslim,
not Hindu, Buddhist, sufi, or zen. Not any religion or cultural system.

I am not from the East or the West,
not out of the ocean
or up from the ground,
not natural or etheral,
not composed of elements at all.

I do not exist,
am not an entity in this world
or the next,
did not decend from Adam or Eve
or any origin story.

My place is placeless,
a trace of the traceless.

Neither body or soul.

I belong to the beloved,
have seen the two worlds as one
and that one call to and know,
first, last, outer, inner,
only that breath breathing human being.

from “The Essential Rumi” translations
by Coleman Barks

4:94 O you who believe, if you go forth in the cause of God, you shall investigate carefully. And do not say to those who greet you with peace: “You are not a believer!” You are seeking the vanity of this world; but with God are many riches. That is how you were before, but God graced you, so investigate carefully. God is expert over what you do.

Tags: quote from the Holy Quran

With these final words, the old man took his final breath, laid down, closed his eyes, never to open them again. In the Holy Quran Allah has said “Allah does not change the condition of a people until they first change that which is within THEMSELVES.” Please think about this…love and light—sufi 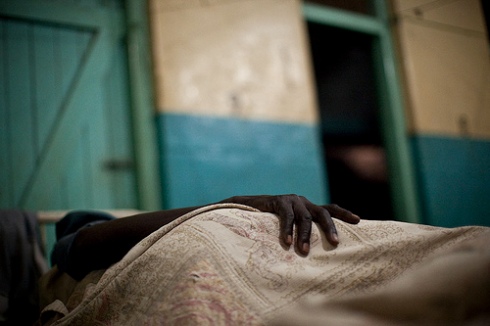 786… Advice to a seeker… My favorite quote from the movie meetings with remarkable men is “may God curse those who don’t know, and presume to show the way to others.” The way of God Realization cannot be learned in books. In the west there are tooooo many spiritual guides who learned their teaching from books written by people who DID NOT KNOW THE WAY…. Now these people are guiding others with information they got from book learning. The true way in any esoteric school involves a Master-disciple relationship. This relationship is all-important because God must teach God. The living LIGHT that comes from the master to the disciple is God. That which receives the teaching in the disciple is God. The path is an exchange of light in varying degree. The Master acts as the transmitter of the Divine Light of God directly to the heart of the disciple…

In Sanskrit the word Guru means “remover of darkness.” The only thing that can remove darkness is LIGHT… I was taught by God. In the Holy Quran it says, “Fear Allah and Allah will teach you.” Try to find a living master and receive direct transmission of the Divine Light directly…love and light—sufi….

taken from my book “Branches of Wisdom.”….

Before creation only God existed. After creation only God exists. When God creates anything He says to it “Be”, and it is. God speaks things into existence. The word, vibration of God, exists as what we call the material world. In the beginning was the word. The word was with God, and was God. The word became flesh, and dwelt amongst humans. God and His word are one and the same. God is not different from His word. The secret of existence is contained in the word of God. The word became flesh. The word becoming flesh is the divine descent of the word, vibration of God, creating flesh, the material world. What we see as the world is none other than God. God has veiled Himself with Himself. Thus, looking for God is like a fish in the ocean looking for water. My teacher in Africa once said to me, “if you see something, without seeing the existence of God, your understanding of the oneness of God is limited.”

Ice, water, and steam. The body, soul, and spirit. Man, universe, God. This is the divine trinity. The oneness of God, existing in multiple forms. The multiplicity of being.

love and light—sufi….my book” Be Still and Know” is available on my website 786sufiwisdom on Squidoo

Tags: God, I am that I am, knowledge of self, mystic, non dual advaita, oneness, spirituality, sufism, the heart, true self

786….to Love. from Love. with Love…..knock and the door will be opened . seek and u shall find… my sufi journey started in 1996. in 1996 eye was blessed to travel to senegal west africa in search of a spiritual master/sufi cheikh. eye left for senegal with a one way ticket and a backpack. arriving in senegal eye did not know a soul. all eye had was the name of a contact person who was suppose to meet me at the airport with a sign that had my name on it “Qiyamah Abdallah.” eye spent 3 days at my host house before meeting my master. upon meeting my master, eye never saw my host again.

the first thing my master, Cheikh Betcio, said to me was ” as soon as you step foot into this house, Allah has began to bless you.” Then Cheikh Betcio spoke about love saying “the only one closer to Allah than you, is the one who loves Allah more than you.” the way of the sufi is LOVE. sufism is the way of the heart. sufism is the unification of the 4 Lights in the inner chambers of the heart. in the heart of all truth seekers there are for Lights: the Light of Allah, the Light of Muhammad, the Light of the Master, and the Light of the Soul. each of these four lights resides in one of the chambers of the inner heart (Qalb). the sufi way is to unite these four lights through the vehicle/power of LOVE. in fact these 4 lights are manifestations of Love. Love was a hidden treasure that wanted to BE known. ALLAH-LOVE sent itself(Muhammad), to itself(the Soul), through a point of manifestation on the physical plane(the Master), to teach the way of UNIFICATION of the four LIGHTS of love. the Beloved, Love, wanted to be known, so it polarised ITSELF, thus creating the Lover, to contemplate, see, know and ultimately LOVE itself through the vehicle of the lover….the path of the sufi is LOVE….love is all. all is Love….love and light —–sufi

Sufi has a BS degree in Biology from St. Augustine’s College and a MS degree from Indiana University in Secondary Education. He is a member of Omega Psi Phi fraternity and Prince Hall Masonic Lodge. Sufi is an initiate of more than one sufi order and system of Self Realization. He is the first representative of his master, Serigne Saliou Mbacke-Cheikh Betcio Thioune, here in the west. He has traveled to Senegal west Africa 8 times, since 1996, to study the science of the inner path. He lived in Senegal for 2 years, from 2002-2004 , to complete his training on the mystic path. He has self published 8 books with more to come. He is the founder of the Cheikh Ahmadou Bamba Sufi School here in the west. He provides the services of: sufi initiation, spiritual guidance, story telling, talisman making, spiritual blessing, magic curse and spell breaking/removal, and house blessing and purification. He is available for lectures, story telling and workshops around the country and abroad.