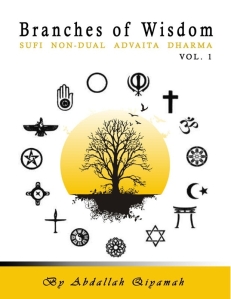 Direct In-sperience of the Divine

What we need is the direct In-sperience of the Divine. We will not KNOW God until we In-sperience God. This mystic In-sperience often takes place in a state called “the Between.” Between wake and sleep, between night and day, between the inhale and the exhale. once eye spoke with a Buddhist from Tibet, He was telling me about the Between state. It was amazing to see the same teaching in another tradition. As seekers of TRUTH and Self Realization, books and philosophies about God and the Self are not enough. what we want Gnosis (marifat). Marifat is the pearl in the deep ocean of Reality (haqiqat). The Direct experience of God is what eye call “the God In-sperience.” This In-sperience cannot be communicated in words.

Become One with Allah. The All. Duality is from the mind. Beyond the mind there is only One. ONENESS is all that exists. The philosophers ask the question is the cup half empty or is it half full? The sufi non-dual adviatist affirms THERE IS NO CUP… only Allah is Real. The Self is Allah. Learn to see Allah as the All and the Self as Allah. Uni-verse actually means multiple expressions of the UNI/ONE…man God universe ONE…

***taken from my book Branches of Wisdom-non dual advaita dharma . the complete book  is available at http://www.squidoo.com/786-Sufi-wisdom

from the Light to the Light with LIGHT. the root word of ENLIGHTENMENT is Light. “en” is a prefix that alludes to the fact of taking something in. “ment” implies that what is taken “en” must become firm like cement. ENLIGHTENMENT is the takeing in of LIGHT to such an extent that the Light become crystalized in our consciousness. the prophet Muhammad(peace be upon Him) has a famous prayer called “the prayer of Light.”  Muhammad concludes this prayer by saying “oh Allah turn my complete being into LIGHT.” the sufis have spiritual exercises that allow the traveler to increase their amount of Light. our cheikh, Cheikh Ahmadou Bamba teaches a prayer that is said after sunset that brings LIGHT to the seeker. this prayer is also called “the prayer of LIGHT.”  it is said in the sufi tradition that 70,000 veils of Light exist between man and God. as the sufi accumulates more Light, she travels through these veils, until the light of the soul unites with the light of the spirit in a form of mystical union. the result of this union is complete ENLIGHTENMENT…. living in the light of love—sufi