786… the reality of sufism! advice to a seeker 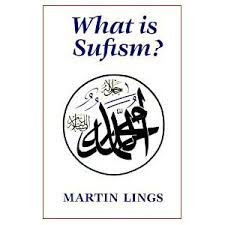 … may the peace light and blessings of Allah be with you !!! al hum do li la for the true seeker on the true tariqat of the sufi way! sufism is the inner esoteric way of islam. sufism is a path of love. sufism is the science of taskiya tul nafs(purification of the soul-self). all of the ancient islamic scholars accepted sufism as an authentic aspect of islam. it is only the modern day scholars that do not accept it. sufism is a part of the sunnah of our beloved prophet Muhammad alay he salam. sufism accepts the truth of all religions and is founded in religious tolerance.

you have asked many good questions. on the sufi path, yes a seeker must have a shaikh. there are many dangers on this path. the true master/ shaikh, holds the clear road map for the traveler that enables them to safely walk the path and avoid the dangers/pitfalls of the path. in islam there is no monasticism. our beloved prophet Muhammad alay he salam has said “he/she who does not marry is not of me.” my shaikh once told me “i can only take a disciple so far who is not married.” it is recommended for you to marry if you can but remember that a partner who is not on the path can be a hindrance to the path.
time is of the essence. try to find a spiritual guide of the sufi way to help you walk this tariqat. in sufism there are 4 main levels: shariat, tariqat, haqiqat and marifat. my advice to you is to study these 4 main branches of the path, and then look for a shaikh who is a master of all 4 levels.
thank you for your questions. lets keep in contact. feel free to ask any questions you have. in islam we are one family. let there be love between all of the ummah of our beloved nabi Muhamad peace and blessings be upon him and his family!!!!

love and light to you—– sufi ananda