the harder the better

eye aint no killer but dont push me

a stitch in time saves 9

i just want a dollar to by a bottle of wine

let it all drop on the One

eye was born from the hip of a real live lion

dont push me cause im close to tha edge

dont take the trials in ya life 4 granite

CHEIKH IBRA FALL used to say “the harder the better.” It took eye a while to KNOW just what He meant by that. Looking back on the trials in my past, they helped make me HU eye am today. With-out the heartbreaks and pain, eye would not know the ETERNAL-internal power of Allah. In life, test and trails are like lifting weights in the spiritual gym. During the 1st week in the gym you may only be able to lift 10 lbs, but if at the end of the 1st year u can still only lift 10 lbs…..did you get any stronger? As the soul grows and develops more power, the test and trails become more trying, and they should! 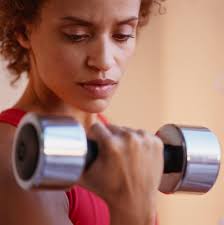 When eye first came to our sufi order an elder brother on the path said “Abdallah, i want the hardest test possible from Allah.” When eye asked Ndiaga Niang why he wanted the hardest test possible, he replied with a smile “with the hardest test comes the highest spiritual realization.” Then he gave the analogy saying the wino on the corner wants 50 cent (not the rapper even though that’s all he is worth) to buy a bottle of wine in the next 10 mins, and a billionaire in Manhattan wants a million$ in the next 10 mins to buy the building the wino sleeps next to. Two different trials for 2 different people, not saying one is better than the other, but u can see the difference in intensity of the test.

In the Holy Quran Allah has said “surely with every difficulty comes the ease.” 99% of our problems in life come from our individual un-enlightened view point of the situation/problem. When you develop true knowledge of self you will find that your problems in life are similar to the unborn child of a barren woman, non existent in REALITY. “The man with no shoes prays to Allah for shoes, until he sees the man with no feet.”- sufi proverb