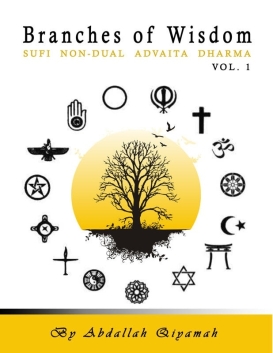 786… Uni-verse… The multiple manifestation of the ONE… From beyond duality, the Self shines eternal. Knowing no birth and no death, the Self is IMMORTAL…. not the mind, not the body, not the emotions. Neti neti. The SELF IS… take a second and point to your Self? When you point to your self, where do you point? 9 out 10 people will point to the heart. Why? Because the true SELF is a LIGHT that inhabits the hearts of all hu-man BEINGS. The Self is Light from the Light. The true Self is Divine. Know this Self to be beyond race and gender. Who are you? You are that SELF which is Light. Light is God. God/Allah/Yaweh/Brahman/Ja are names of the TRUE Self. The Self is beyond duality. In fact, the Self is Allah…Be this Self.

LA EE LA HA ILL ALLAH—ALLAH IS THE ONLY REALITY…after the mourning salat today me and another brother were building and eye was explaining to him how life is like a kung fu movie. We all have seen the kung fu movie where in the beginning of the movie the star of the film has something terrible happen to him like: his teacher is murdered, his entire family is killed, or he is beaten half to death by the villain. After that, he goes off to find a master who teaches him some real powerful kung fu and he comes back to “kick some as.” in the end he is victorious…this is how life is. Sometimes the trials we experience can almost beat us half to death. We all need to learn some powerful spiritual kung fu from a master to “kick some ass.” in life the obstacles and trials we face will always defeat us if we do not have some spiritual training. Sufism is that training that helps us defeat the trials of life. The sufi way gives the disciple the tools they need to deal with life’s problems from a spiritual perspective.

As above, so below. On earth as it is in heaven…all of our problems on the physical plane have their origin on the spiritual plane. So the solution to our problems is a spiritual solution. Ultimately ALLAH is the only reality/power of the universe. When we learn to tap into the power of Allah, all of our problems become like the villan in the kung fu movie that gets his head chopped off in the last scene of the film…if you are in need of some spiritual “kung fu” please seek for a master to teach you…when the student is ready, the teacher will appear

a question for disciples-what is the best method to defeat the lower self ?