gently  UP the stream

life it but a dream

awaken Hu Ha He Ho from the

the essence of true Self

you are that 1 Hu

on the 4 head of Om Shiva

defeated 1000 jinn in the unseen

Salam wa Nur! this was the 22 day of the Holy Generous month of Ramadan Mubarak! today eye was sitting by a river in upstate ny with my Habib, and the words came to me ” you are a caterpillar Hu became a butterfly, HU became a Dragonfly.” as eye meditated on these words reciting Salatul Fati, a dragonfly landed in front of us on a bush by the river. when this happen, a conscious shift/opening took place, and my consciousness was not localized in my body, it became totally free, expansive, Omnipresent and One at the same time, eternal moment of stillness. Ah Ha? was EYE the sufi reciting the zikr OR the dragonfly on the bush??? as we arose to walk away, the dragonfly flew in front of us and landed on another bush on the side of the walkway, allowing me to take a picture of it. 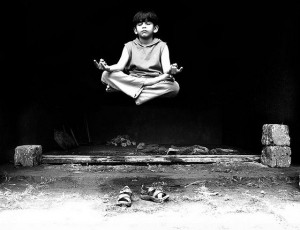 U must C God

Before creation there was only God

it is now as it was then….sufi proverb

Eye am developing what eye call “the view of perfection.” with this view of perfection, eye strive to see only God. to experience only God. to not view anything in my life, experience, as other than God!!! the view of perfection is based on the  understanding that “la ee la ha ill Allah” means God is the ONLY reality. with this inner gnosis, all is becoming Bliss. eye talk to God. eye walk with God. eye even ride the subway with GOD. God is becoming the reality of my experience. eye often say to people eye meet, ” have a God day.” sometimes they look at me and smile. sometimes they even ask, did you mean to say “good day?” when this happens my reply is, ” now how can a day be good without God?”

God is the All in All. the only 1 that has real Being. God is the substratum of ALL forms. nothing can exist without Him. She is the formless ONE that gives form to all forms. the Buddhist have a saying that eye love “emptiness if form, and form is emptiness.” to me this means that what we see is all empty, and it is that which we do not see that has true form. there are 4 names of Allah/God that some sufis meditate on for Realization. these four names are: the First(al awal), the Last(al akir), the Hidden(al batin) and the manifest (az zahir). it is said in the sufi way that “God is known through Her opposites.” if God is the first, the last, the hidden, and the manifest, what else is there other than God? my beloved sufi master, Cheikh Betcio once said to me ” if you see something and do not see the Oneness of Allah manifest through that thing, know that your understanding of the Oneness of Allah is limited.“ on this day, and from this day forward, eye will strive to see , know, and experience ONLY GOD, with the view of perfection…. live in the light of love…sufi ananda.