Let there Be Light

Of the mysteries of

Before day there was

Out of the darkness came

With the name of

The Word made Flesh

Beyond space and time

The Sun behind the Son

Eye and my Father are One

Let there Be Light 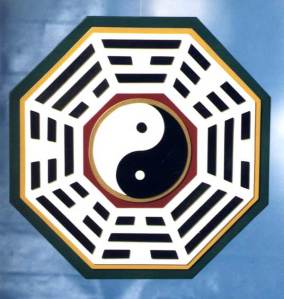 Traveling at the speed of Light, the lower self, becomes the True Self.

This is a journey of Light. On the plane of Light, the soul must travel through 70,000 veils of Light, to return to oneness with its divine source, The Light. Before creation there was only Light. This Light wanted to be known. This Light polarized Itself, to see it Self. You are not only made in the image of God, You are God, manifest in human form, to see and know Itself, The Light. After creation there is Only God, Light. Man/woman is the mirror image of the Light of God in perfect manifestation. On earth as it is in heaven. On earth(physical plane/body/you) as it is in heaven(spiritual plane/spirit/God). As above(God), so below(You). What is In God is in you. God is the Light of the heavens and the earth. His Light manifest in a Lamp made neither of the east or the west. You are the God above, beyond duality, existing below, in a time continuum, returning back to God, Light true Divine Self.

All Is Light. Nothing exist but Light. Light is energy. E=mc2. Matter multiplied by the speed of Light squared turns back into Energy. This means that God-Light-Energy exist in multiple states vibrating at different rates. One example of this is ice, water steam. When the vibratory rate of water is heated(speeds up) in turns into steam. When the vibratory rate of water is slowed down it turns into ice. Just as ice and steam are One in essence, God and man are One in essence. God is Light. When light shines through a prism it produces seven different rays or colors. Each color is a different vibration of the One Light. The universe, uni meaning One, is verse meaning different. The universe is diverse Manifestations of the One Light/God in many forms. Love and Light – Qiyamah Sufi

Let there Be Light.- taken from the NEW up coming book

This program will discus the teachings of the great west African sufi master Cheikh Ahmadou Bamba, essoteric Islam, and knowledge of Self.
http://www.blogtalkradio.com/thelegacyofanation/2014/08/24/786-cheikh-ahmadou-bamba-and-sufism