← 786. . . special Sufi prayers for the month of Ramadan
786. . . Matlabul Fawzani Institue! On line studies in Sufism, Arabic and Wolof language. →

“The TAHLIL is the highest prayer of worship and oneness.”

The notion of duality results from the illusion of an external God. Here lies my question. What is the difference in how the following two men perform salat.
1) He’s devout, pious and believes God is somewhere “out there” in the heavens. Makes salat faithfully.
2) He’s also devout, pious, but he’s an extreme monotheist. He takes La ee la ha ill Allah literally. Makes salat faithfully.
What is the the mental/spiritual/emotional difference in how they approach and experience salat? Same motions, same words…can you describe the difference within their mindset as they approach prayer? Peace-Cheikh Mortada Yasin 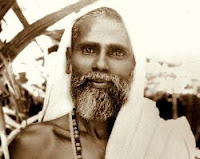 Our beloved nabi Muhammad alay he salam has said “the salat is the miraj(night journey of ascension) of the true believer.” In the salat all of the 70,000 veils of light between Allah and man are dropped and the worshiper stands face to face with his Lord. When the worshiper has reached the station of as-shaheed (the witness) the face they behold will be none other than their own face. the Murid sufi way is from Allah, to Allah, with Allah, in Allah. Our beloved Bawa Muhayadeen has said “only Allah can pray to Allah.”

Thanks for asking this deep question. lets converse via email during this holy month of Ramadan and insha Allah we can bring some clarity to your questions about traveling this beautiful path of Oneness….

← 786. . . special Sufi prayers for the month of Ramadan
786. . . Matlabul Fawzani Institue! On line studies in Sufism, Arabic and Wolof language. →