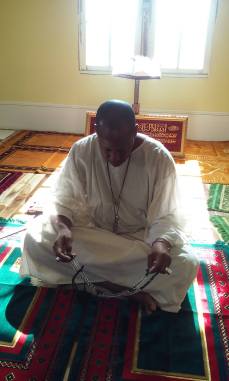 With these final words, the old man took his final breath, laid down, closed his eyes, never to open them again. In the Holy Quran Allah has said “Allah does not change the condition of a people until they first change that which is within THEMSELVES.” Please think about this…love and light— Cheikh  Sufi