Like the cave of LIGHT in the mountains of Mecca

Like the message of Muhammad eternal peace be upon him

Like west African muslims that made Hajj on foot

Like a whirling dervish in Turkey high of hashish

Like a Baye Fall drinking Coffee Touba at noon during Ramadan

Life for me ain’t been no crystal stair

Time never was when SALIHU was not

Walking on the hidden tariqat enraptured by the bliss of haqiqat

Receiving downloads from the Jabarut

All eye can say is

Eye hear Her name in my sleep

Eye dream of Her while awake 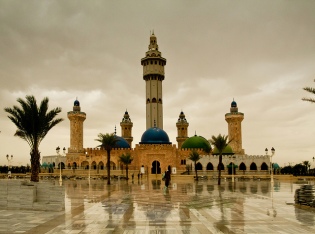 Its time for sufi to take the journey home again. The call from Serigne Touba has come, deep within my soul. Insha Allah this will be my 9th trip across the ocean to mother Africa. This time EYE AM inviting Hu to travel with me and experience the feeling of finally being HOME.

The cost of the Journey will be 2000$. This is NOT a tourist trip. We will be traveling with the intention of receiving spiritual education, purification and elevation!

If Hu are interested is taking this Journey of 2 life times please join our webinar this Sunday Jan 15th at 11am (eastern standard time) for moor information and details.

Click the link below at 11am tomorrow to join the webinar. If Hu miss the webinar send an email to matlabulfawzani@gmail.com with your contact info stating your interest in traveling with us.

Join the online meeting at 11am