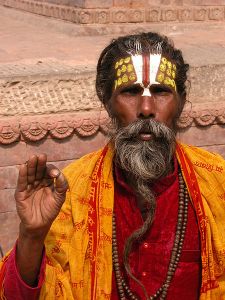 EYE have awoke from the dream

multiple manifestations of the ONE

Only Allah can worship Allah

The master exist beyond the mind, in an eternal state of beholding the beauty of the One in its multiple states on BE-ing! Before creation there was only Allah. after creation, it is as it was. can it be that it was all so simple? the only thing that separates you from Allah, is the thought that you are separate from Allah. duality only exits in the mind. above the plane of the mind there exist an infinite pure state of Bliss, Oneness and stillness. this is the 4th state of consciousness- Turiya. 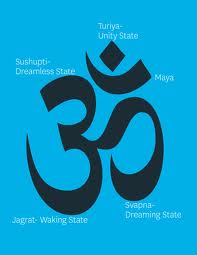 just as there is a tremendous difference between the awake state and the sleep state, there is a greater difference between Turiya and the awake state. upon entering the 4th state of consciousness, Turiya, the awakened One will see those in the awake state as sleep. this is why or beloved prophet Muhammad(peace be upon Him) has said ” all people are asleep, at the time of death they will awake.” in the Holy Quran Allah says “at the time of death the eyesight will become clear.” these two references to “death” are alluding to the sublime process of the “death before death” on the sufi path.

Death before death is the process of, bringing your square above your compass, symbolically dying on the cross, defeating the lower self and entering into the 4th state of consciousness in which the seeker becomes “dead” to the illusionary concepts of duality and separation from Allah.

the way of the sufi is death, extinction(FANA) in Allah, through the prophet Muhammad alay he salam and the living master/Cheikh. this symbolic death will bring one to the fourth state of consciousness- Turiya. “mute ta qabla mute-die b4 you die.”- Prophet Muhammad

question for disciples: what is the best way to “die before you die”? post your answers and responses in the comments below.

Once when eye was sitting with my Cheikh in Senegal, i looked at him and said “Cheikh Betcio, eye don’t want to go to heaven.” My beloved Cheikh looked at me and said, “I don’t want to go either.” Then he went on to explain the Divine Proximity of Allah, which he explained, is Beyond Heaven. In the Holy Quran in Surah Waqia Allah describes three groups in the next life/world: the people on the left, the people on the right, and the foremost. It is this group, the foremost, that the sufi tries to be with, in the Divine Proximity of Allah.
It was the great sufi Cheikh Abdul Qadir Jilani who said, ” i studied the heavens and found a flaw in heaven. Heaven is not eternal. It was at this point that i turned my face towards that which is eternal, Allah.” He, may Allah grant him more Light from Nur Muhammad (alay hi salam) also said “sufism is two steps, one step out of this world into the next world/heaven, and one step out of the next world/heaven into the Divine Presence.” My cheikh said that the difference between the Divine Presence and heaven is greater than the difference between heaven and hell…heaven is the hell of the sufi. Cheikh Ahmadou Bamba said, “heaven is for my lazy disciple.”
May we all seek for the Divine Presence….

living in the light of love…sufi ananda