786 Salam wa Nur – Let there Be Love. A light shined in the highest heven and then become manifest on the earth inside of a six sided luminous crystal. This illustrious LIGHT is called Salatul Fati – the Prayer of the Opening. Eye have been walking with this special prayer for many years. During Ramadan of 2003 Salatul Fati blessed me to see our beloved Prophet Muhammad alay he salam after spending 3 days with a wali ul La Tijani cheikh in  Senegal.

Later on my journey in 2009 when eye was living in the Cheikh Ahmadou Bamba Masjid in harlem NY masha Allah eye was blessed to meet a cheikh from Touba Hu bestowed upon  me a KEY(Mifta) for Salatul Fati from Cheikh Ahmadou Bamba Khadim Rasool. Eye was the 1st(and ONLY) american disciple to receive this grace by the blessings of Serigne Saliou Mbacke. For many years several of my students have asked me to share this KEY but it was not time. Now the time has come.

Insha Allah this sunday Jan 1st. at 11am(eastern time) eye will be teaching THE 7 DAY KEY FOR SALATUL FATI from Cheikh Ahmadou Bamba via live webinar online. During the class eye will teach the alchemical formula for the 7 names of Allah in Salatul Fati and the 7 days of the week from Cheikh Ahmadou Bamba. Also our beloved Khadim Rasool gave 2 special dua(prayers) to open and close the 7 day circle. Insha Allah these 2 dua will bring an opening of the heart mind and soul.

If you want to be part of the blessed Class please send a 25$ donation to matlabulfawzani@gmail.com via paypal and we will email you the link for the class. Insha Allah we will start the 7 day practice this Sunday Night to bring light, openings, protection, abundance and BARAKA to the new year 2017.

Let there be Light – Cheikh Sufi – the last water bender

This FREE class is an introduction to the sufi teachings of west African sufi master Cheikh Ahmadou Bamba.

After registering, you will receive a confirmation email containing information about joining the webinar.

Brought to you by GoToWebinar®
Webinars Made Easy®

In love with Love

In love with the idea of Love

Captivated by the blissful energy of Love

Overflowing with the reality of Love being ALL

Ya Wadud The All Loving

Ya Rahman The All Mercy-full

The All Mercy-full Loving One

Manifest and Un-manifest Seen and Unseen

Can not “fit” into the heavens or the earth

But can BE found

In the heart of

Love is King. King Love rules in the all expansive city of the heart. Love is a just ruler. Love defeated the army generals of ego, fear, desire, greed, hate and selfishness in a battle that cannot be told in words. With its soldiers by its side( bliss, peace,  honesty, trust, truth, balance and harmony) king Love reigns supreme! Not knowing self a person operates from the lower 3 chakras of base desires, sex, power and control. Knowing Self one operates from the 4th chakra, the chakra of Love. “The greatest of these is Love.” Love is the only power in the Universe. Love rules the cosmos. Love causes the sun to rise and the moon to orbit planet earth. Love heals all. There is NO warrior that can defeat king Love. Love is invincible. When love comes, all enemies cower in the effulgent glare of her Light. Love is the power and vehicle for God. God functions/speaks in and through the language of Love. In this kali yuga(age of darkness) Love becomes the Lamp for the followers of the mystic path to know and return to Oneness with God-Self. In the Holy Quran it says “hold on to the rope of God.” The rope of God is Love Love  Love. Learn to Love instead of hate. Learn to have tolerance and patience instead of anger and power struggles. Walk in the ways of love and become Divine… the true nature of mankind is LOVE…when Love knocks on the door of your heart. DON’T BE AFRAID..open the door and embrace Her…Love is ALL….

Living in the Light of Love….sufi ananda

email our sufi school at matlabulfawzani@gmail.com

Beings made of smokeless fire

Influence visions of the righteous

Return of the amaphyst dragon

Made from 1008 ayurvedic medicinal plants

= Purity of the Angels

This is from Cheikh Ahmadou Bamba

Ya Rahman Ya Raheem

Life is but a dream

Path of the true wish 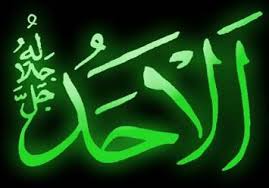